Researchers from Sleep-Wake Centre SEIN Heemstede are trying to uncover brain composition and activation of people with narcolepsy and idiopathic hypersomnia. People with these disorders feel excessively sleepy during the day, often resulting in impaired daytime functioning with attention and memory problems. In this study, patients are asked to nap and perform attention and memory tests while they undergo simultaneous brain measurements (MRI and EEG)* to measure brain activation patterns. The structural organisation of the brain is also assessed. By comparing the brain profiles between different forms of narcolepsy and idiopathic hypersomnia, researchers hope to unravel the underlying mechanisms that cause their symptoms. Better understanding of the origin of the disorders could potentially also help to develop new treatment options.

This project is conducted in close collaboration with: 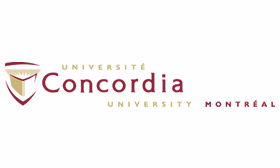